Sassari, 14th-15th June. At the Academy of Fine Arts the first appointment of the International Short Film Award. In competition also Videoart and Experimental

It will be at The Academy of Fine Arts “Mario Sironi” the first step of this rich 14th edition of the International Short Film Award. The project, organized by Cineclub Sassari, will go in the centers of Villanova Monteleone, Bosa and Alghero during the summer.

The Academy will host the two sections about Experimental and Videoart, but it will also be the occasion for meetings and workshops with free entrance.

It will start at 4 pm on Friday with the workshop “CreAttivati! – Exploit your creativity“, curated by Daniela Chessa. It is an occasion for the students to explore and understand which dynamics take place in our life when we use our creative mind. Registration is open to everyone.

Daniela Chessa is graduated in industrial design and today is a professional coach. She is involved in training both for individuals and groups, with a focus on the personal potential training. Among the objectives of his activities are the improvement of professional performance, time management and effective communication. 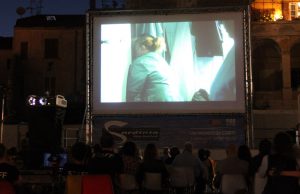 From 6pm  to 8pm, the Fine Arts conference hall will be the screening setting for the ten finalist works of the Experimental section. Works from Italy, Spain, Argentina, Germany, Brazil and France.

From 5pm on Saturday, will be presented the works from the School section under18, starting from “Pinocchio non dice bugie” by Giovanni Bellotti, the story of the most famous puppet in the world which – in this case – is made of dark wood. Forced to escape from the war in Syria aboard a ship to the Land of Toys, he will meet people who will deceive him with their lies.
Then “Giustino, uccellino coraggioso” by Mena Solipano, who talks about a small bird that lives on Vesuvius and finds itself experiencing the tragedy of summer fires. Later, “Mostri“, in which Raffaella Trainello tells the story of a prejudice: the children of the fifth primary discover that every Saturday their school building is closed and they must attend classes in the building of the secondary school.
The last to be screened will be  “The voice inside screams” by Claudio D’Avascio, a short film which is able to bring the viewer into the life of a girl with selective mutism who will find an alternative way to communicate. 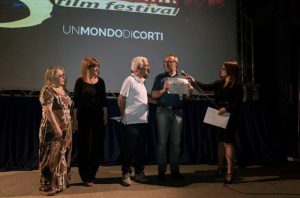 Immediately afterwards there will be screenings in competition for the Videoart section, in this case from Canada, Germany, Norway, Belgium, Spain, France and Italy. The winners of the two sections will be announced at the end of the evening.