After a successful month in Sardinian theaters, the movie lands in the Italian peninsula

Long silences, defiant looks, murra matches, abbardente (typical Sardinian spirit) and homesickness. These are some of the elements which between serious and witty/half jokingly animate the second feature by Paolo Zucca, film director from Cagliari already appreciated for “L’arbitro” (“The referee”, 2013).

Written by Zucca together with Geppi Cucciari and Barbara Alberti, the movie stars Jacopo Cullin as the protagonist and Benito Urgu as the spokesman of that emigrants’ typical nostalgia. The two are supported by Stefano Fresi (whose surname betrays his Sardinian roots) and Francesco Pannofino, who’s already worked with the director. 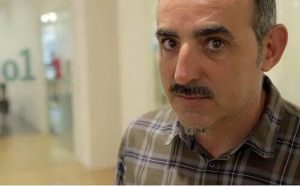 American Intelligence is on alert, the news spreads in every corner of the world, until it gets to Italy: someone bought the moon and that one is Sardinian. It takes to move quickly before the U.S.A. declare war on Sardinia and then comes in Kevin Pirelli (Cullin), a soldier that pretends to be from Milan, but whose actual name is Gavino Zoccheddu and has clear Sardinian origin. Led by “Sardinian style” master Badore (Urgu), he’ll step into the shoes of the perfect Sardinian man to investigate on the ground and find the mysterious purchaser of the moon.

After a successful month in all Sardinian cinemas, “L’uomo che comprò la luna”  landed also in the Italian peninsula and is recording excellent results in Rome, Milan, Turin, Bologna and Perugia. Last weekend it beated the hit “Avengers: Endgame” as the highest-grossing film with 3.937€. 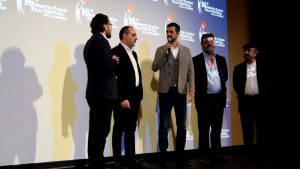