Luigi Faccini at the Sardinia Film Festival to present “Radici” 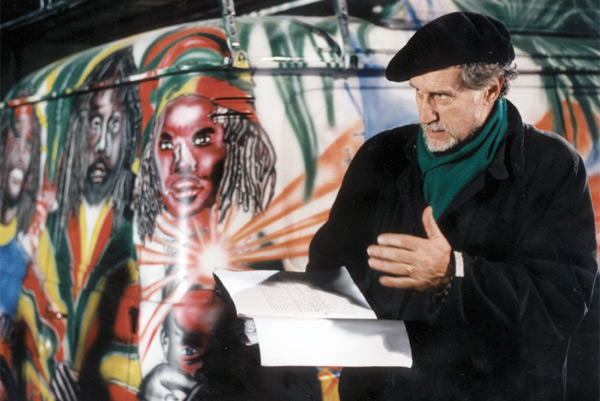 The director will present his latest film at Villanova Monteleone

Critic, director and writer, Luigi Faccini is one of the founders of the Cinema&Film magazine that in 1966 introduced semiotics and structuralism into the audiovisual language study. The magazine was published by Garzanti Editor and it had Pier Paolo Pasolini as a friendly interlocutor.

In 1970 Faccini has made his debut in fiction movies with the film Niente meno di più. This is the beginning of a career that in 1976 will take him to the big screen, with Garofano rosso, inspired by the same novel by Elio Vittorini.

Especially during the Eighties, Faccini reveals his position as an anthropologist and historiographer into the cinema’s world. Nella città perduta di Sarzana is a movie released in 1980 about how Mussolini seized power in Italy. Faccini won the Bernagozzi Prize for the anthropological research with his medium-length films from 1982 and 1983: Sassalbo provincia di Sidney and L’Amiata è anche un fiume.

While he was conducting a long video-research in the Arezzo psychiatric hospital, the Italian Parliament approved the 180 law and all the asylums were closed. From the same years is Inganni, the movie about the recluse life of the poet Dino Campana. It won in 1984 the Nastro d’Argento prize for the Best Direction and Photography.
In 1991 he realized Notti di stelle, dedicated to the “Young people of the invisible suburbs”. Indeed, the film was made thanks to the two years long expererience in the juvenile prison in Rome. Later, he did the same in a center of social integration for the marginalized young boys and girls in the Roman quarter of Tor Bellamonaca.

In 1997 he published his first novel La baia della torre che vola, and for about ten years he alternated the writing with the making of his long and very long films, which have Maria Piperno as protagonist: Storia di una donna amata e di un assassino gentile, Rudolf Jacobs, l’uomo che nacque morendo and Diaspora, ogni fine è un inizio. For this last movie, Luigi Monardo Faccini received the Nastro d’Argento prize for his career in 2018.

It is exactly with Marina Piperno that Luigi Monardo Faccini opens the Sardinia Film Festival. Radici, the title of the movie, was born by the love that Marina has for the music made by the launeddas instrument. It is a reconstructed chronicle of the “wonderful journey” that Alan Lomax and Diego Carpitella made in Italy in 1954-55, recording and saving all the popular music that was about to be erased by the economic and social changes of the Italian country in the sixties. The autor explaines: two documentaries in one: a color movie about today’s popular music, and the other in black and white, about the popular music of the past. The “roots” of the title are the popular traditions, which “must be protected, but also developed”, like Diego Carpitella always said. Radici is produced and distributed by Luce-Cinecittà, with the important collaboration of the National Academy of Santa Cecilia and of the Central Institute for Demo-ethno-anthropology. Between the artistic cast of Radici, we have the amazing presence of Ambrogio Sparagna, of the Tenores from Neoneli, Orlando Mascia, from the Genoese trallalero singers La Squadra, the brilliant singer Caterina Pontrandolfo and many others.