On Sunday, July 7 at the Miramare Cinema, the actor will talk about the project that in these days will lead him to meet the prisoners of the prison in Bancali.

Paolo Sassanelli will be in Alghero for the final evening of the Sardinia Film Festival. The well-known actor, director and screenwriter of Apulian origin, will present his project “La grande fuga“, which in these days will lead him to meet the prisoners inside the jail of Bancali (Sassari).

The appointment of July 7 begins at 6:30 pm with the announcement of the winners of the International Prize organized by the Cineclub Sassari, which also this year has welcomed works from all around the world. The members of the prestigious jury that will also take part at the event are: the producer Giannandrea Pecorelli, the Siae manager Danila Confalonieri and the Moroccan critic Abdelkirim Ouakim.

Immediately after, will be screened the Israeli film “Skin” by Guy Nattiv, Jame Ray Nemuman and Sharon Maymon, winner of the Oscar for Best Short Film 2019, which tells the story of the Alabama naziskin Bryon Widner, who – because of love – decided to eliminate tattoos that showed his faith as a white supremacist. 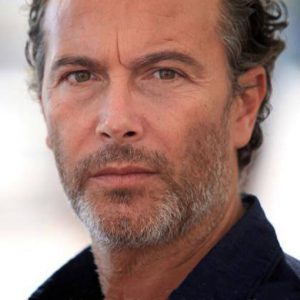 Sassanelli will then be able to meet the public to talk about his project dedicated to the prisoners, which for some time has seen him collaborating with the Regina Coeli prison, and now with the penitential structure of Sassanelli. The actor, well known for his participation in “Classe di Ferro”, “Un medico in famiglia” and a huge number of fiction and film, will tell his experience in the Roman prison, where he works as a volunteer in its Cineclub.

The aim of the initiative – born thanks to Sassanelli’s belonging to the group of the Buddhist institute Soka Gakkai – is to bring the formative values of Cinema into the prisons, as instruments of dialogue and to give a start for a new life experience.

The Cineclub Sassari – since several editions – involves the district house of Bancali within the Sardinia Film Festival, organizing a real Prize “Jury restricted“, for the sections female and male.
Together with Paolo Sassanelli, there will be also Mario Dossoni, the guarantor of the rights of the prisoners and the coordinator of the “restricted juries”, Lia Camboni, volunteer of the prison of Bancali (SS) for the women’s section, and Vittorio and Alessandro Gazale, who will present “Dalle carte alle storie liberate“, a story in images and words with the projection of photos, will also take part. The meeting will be moderated by the Neapolitan journalist Alberto Castellano.

Starting at 8.30 pm, in the inner courtyard of Lo Quarter, in Largo San Francesco, Alghero, there will be an aperitif with music and the final greetings.