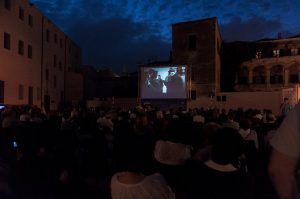 Alghero is one of the most beautiful places of the Mediterranean basin and one of the locations of Sardinia Film Festival. From its Spanish towers to the bastions, from Palmavera nuraghe to the Neptune caves and the beautiful Tahitian-like beaches, the coral coast presents itself like one of the most precious and peculiar touristic centre of the island, gifting its guests with unforgettable moments and dreamy scenarios, like the charming sunset on Capocaccia promontory. A red and yellow tinted panorama, just like the town flag which still preserves its Catalan roots and dialect. The city is also known as the island golden door, thanks to Fertilia stopover, which, during the WWII, was home to Antoine de Saint-Exupery. Maybe Alghero, with its magical atmosphere, was the inspiration behind “The Little Prince”.