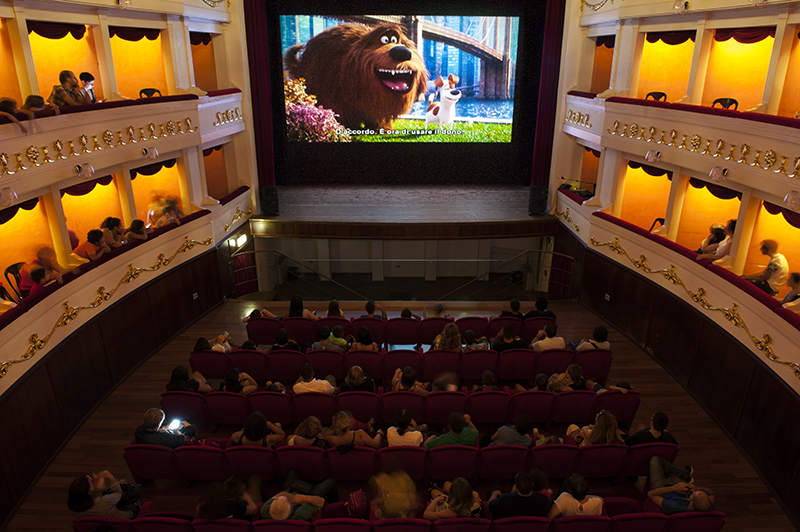 Three days full of screenings, premieres and many side events in the second preview of the 14th edition of the International Short Film Award. In Premiere: “L’ultimo pizzaiolo” by Sergio Naitza, “Restiamo amici” by Antonello Grimaldi and the restored film “Altura” by Mario Sequi.

At Teatro Civico, the festival organized by Cineclub Sassari, will start again on Monday 24, at 3 pm, with the screenings of the short films in competition. At 6 pm we will have an event dedicated to the female universe with the panel disussion “Focus Donna”, realized in collaboration with the association noiDonne2005 in order to explore universal female stories from different points of view. The speakers will be: Carla Bassu, associate professor of Comparative Public Law at the University of Sassari, Romina Deriu, sociologist and professor of the Turritan Academy and Elisabbeta Sedda, curator of the “Post pink” book, an anthology of female comics that collects nine “versions” of woman, each illustrated by a different cartoonist. Giusi Marrosu, president of noiDonne2005 association, who will moderate the debates. The screenings will resume at 7.30pm.

On tuesday June 25, we will start in the morning with the masterclass in Scriptwriting by Filippo Kalomenidis, film and television screenwriter, TV series author and head writer, as well as for commercials and novels.
The screenings will resume in the afternoon, starting at 4pm. “L’ultimo pizzaiolo” by Sergio Naitza is long-awaited and it will be presented at 8pm by the author himself in absolute premiere. It is a Journey through the closed, abandoned and decadent cinemas of Sardinia, to tell a piece of collective memory of celluloid dreams and capture these places before being erased from the urban profile of cities and towns. With the memories and anecdotes of three senior projectionists (a profession suppressed by technology) and the historic distributor of “pizzas”, the film reels in film. Indeed “L’ultimo pizzaiolo”.

Immediately after, there will be another long-awaited preview screening: the film “Restiamo amici”, by Antonello Grimaldi, the director from Sassari. It is a fiction with Violante Placido and Michele Riondino, based on the novel “Si può essere amici per sempre” by Bruno Burbi. The film will be presented by Grimaldi himself, together with the famous actor Vincenzo Marescotti.

On June 26, starting at 6pm, there will be the third and final evening of screenings. We will see the work of the section Vetrina Sardegna. The Special Cineclub Sassari “Ricordando Nando” will be included in the series. It is a movie dedicated to Nando Scanu, a fundamental figure of the Sardinia film festival who deceased last year.
At 8.30pm another long-awaited premiere, “Altura“, the restorated first film shot in Sardinia in the post-war period, precisely back in 1949, by director Mario Sequi. The main characters are the actors Eleonora Rossi Drago, Massimo Girotti and Roldano Lupi, with music by Ennio Porrino. It will also be with us the president of Il Gremio dei Sardi in Rome, Antonio Maria Masia.